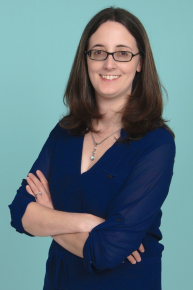 With music described as “powerful” and “important” (The Denver Post), “compelling” (Deforming Prisms), “exciting” (Wingspan) and “somewhere between crime jazz and Boulez” (Midwest Record), Denver-based composer Loretta K. Notareschi (b. 1977) creates works that intrigue and move audiences. Born in Canton, OH and raised in Stillwater, OK, Notareschi has written works for solo instruments, chamber ensembles, chorus, and large ensemble, written on commission for groups as diverse as the Spektral Quartet/Walden School, the Sacred and Profane Chamber Chorus, The Playground Ensemble, and the Napa Valley Youth Symphony. She has received awards from the Cincinnati Camerata, IronWorks Percussion Duo, the American Composers Forum, the former Ensemble Eleven, and the GALA Choruses. In October 2016, she was a TEDxMileHigh speaker.

Notareschi’s 2016 EP release, String Quartet OCD, with The Playground Ensemble String Quartet, was praised by Rick Anderson of CD Hotlist as containing “music…of a very high quality.” In 2016/2017, she presented this work, along with her Essay Before a String Quartet and an expert panel of maternal mental health professionals, in educational/musical events raising awareness for perinatal mood and anxiety disorders, including a Chamber Music America Residency Partnership at Children’s Hospital Colorado with The Playground Ensemble. Projects in 2018 include new Preludes and Etudes for classical ukulele, a forthcoming piano concerto, and the digital release of audio and video tracks of her piano piece Form’d of Joy and Mirth.

Notareschi is an associate professor of music at Regis University and a summer faculty member of The Walden School Creative Musicians Retreat. She received an MA and PhD in composition from the University of California at Berkeley, a BMus in composition from the University of Southern California, and the General Diploma from the Zoltàn Kodàly Pedagogical Institute of Music in Kecskemèt, Hungary, where she was a Fulbright Scholar. Her primary teachers in composition have included Morten Lauridsen, Erica Muhl, Rick Lesemann, Cindy Cox, and Jorge Liderman, and her music is published by Disegni Music, Friedrich Hofmeister, and Bachovich.

As well as composing chamber and solo works for voice, strings, woodwind and electronic instruments Notareschi is now composing for ukulele. You can read about her Five Etudes, published in October 2018, in this blog.

A Conspiracy of Ravens